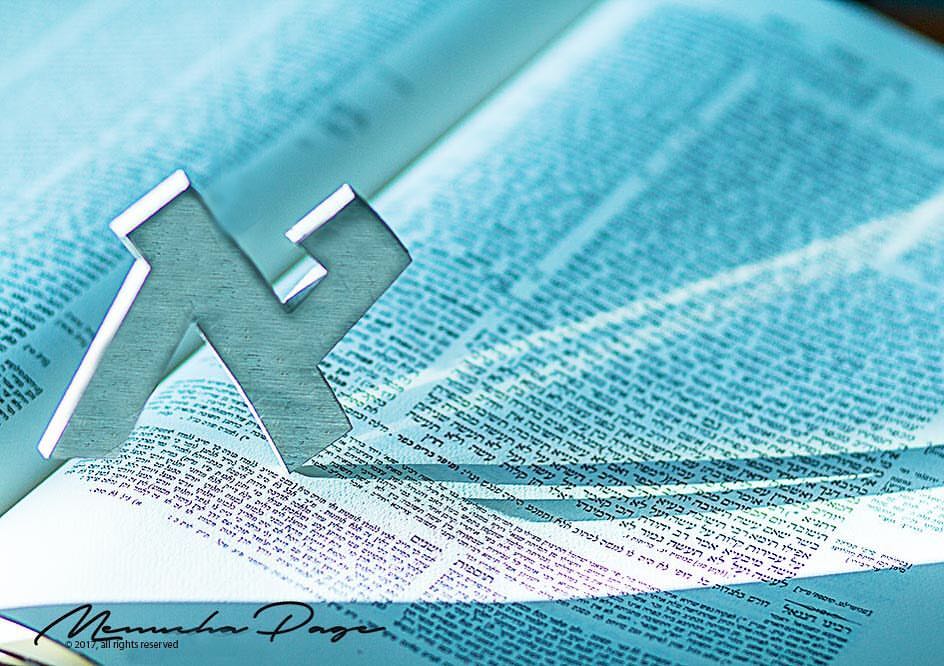 The Tokyo International Art Fair (TIAF), now in its 6th edition is set at the Belle Salle exhibition hall in the middle of Roppongi, a highly popular art scene of Tokyo. TIAF 2021 will be held on Friday 8th of October and Saturday 9th of October 2021, and will be a festival for international exchange through art introducing contemporary and modern art by 100 participating artists from over 40 countries under one fabulous roof.

Menucha Page will be one such artist. She will be exhibiting her pieces there. Below are five Jewish Art pieces you just might see at this event.

The Hebrew letter Alef (א) represents all of creation. It is also the beginning of the Hebrew word for “truth,” and in connecting to the Creator’s truth by being truthful with ourselves inwardly, we harness that hidden power. This item’s medium is ink and paint on metal.

The Hebrew letter ב (Beis) is the letter with which God began the creation of the human being and the world itself. The Hebrew world for “world” is עולם (‘Olam), which comes from the root העלם (He’Alem) meaning hiddenness. To try to approach God and achieve true happiness and contentment, one needs to seek the hiddenness in creation, namely in the natural world.

To the extent we can work to express the “golden color” within ourselves, we connect to that tree of life and become one with it, with all the positive consequences that connection brings.

The book the Alef is hovering over is the Talmud, the corpus of works that explain the oral Torah as dictated by the Sages in written form – known as the Mishna, as well as dialogue to clarify the vagueness inherent in the original in the Mishnayot.

Purple represents the Jewish holiday of Hanukkah, with Jews having realized that there is a hidden and mystical aspect of the world that the Greeks and their adherents never understood in their limited, base levels. This unknowable Essence is represented by the Hebrew letter Aleph, which in itself has no sound and therefore leaves behind an endless mystery full of possibilities.

The Hebrew letter “Shin” refers to the name of G-d “Shakay.” It was this manifestation of the Divine that the Jewish forefathers Abraham, Isaac, and Jacob knew best, in revealing and understanding the spiritual underpinnings of the world. As we gradually emerge from our current solitude, as families and individuals, we hopefully emerge understanding the need for greater faith in the Creator. The Sages have written in Tractate Nedarim (vows) that the viral “fire” of a pandemic requires a greater miracle to extinguish because it is a Heaven-made fire rather than a fire of human creation. This piece is all too appropriate for today’s time with COVID not appearing to go away anytime soon.