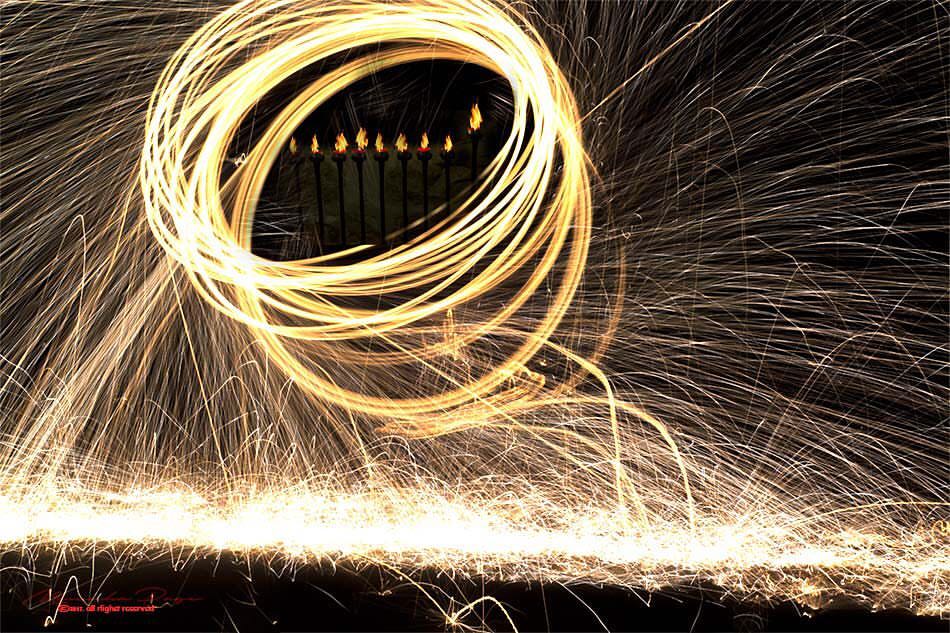 In recent decades, the mention of famous Jewish artists in Israel brings up names like Menashe Kadishman, who, after his humble beginnings and work as a shepherd, began to paint and sculpt his version of sheep in all poses, on all things. Yaacov Agam, whose creations can also be found on water fountains and buildings, in vivid colors, using geometric shapes to create optical illusions, images that change according to the angle from which one observes his creations. Both, Kadishman and Agam, were born in Israel, some years before the State was established.

Other artists immigrated from other lands and cultures, to make their homes in Israel. Some made the right connections and were able to exhibit and sell their work, subsidized by the government. Others continue to create, without seeking publicity, happy to control their mediums and exhibit less or not at all but they are artists, nevertheless.

Many years ago, a pre-State, Israeli born artist and craftsman of Yemenite ethnic origin by the name of Nissim Hizme, developed his own style of customized creations, often in gold and silver but also in brass sculptures that were mounted on velvet backgrounds and framed to hang on walls. He designed stained glass windows for a Jewish learning institution in Bayit VeGan, in Jerusalem and his name became a brand associated with the highest quality pieces, in Jewish communities the world over.

At the age of five, the artist moved with his parents to New York, where he grew up and was educated. He learned jewelry making from his father and one day, designed a tie clip with a man’s name in perfectly designed Hebrew letters, soldered onto the tie clip. It took off like wildfire and orders came in from all over.

The day came when he returned to Israel and moved his entire business to Jerusalem. Some of his loyal customers continued to work with him and others discontinued their professional relationships with the artist. He was a famous Jewish artist still but the Israeli public at large didn’t know of him. Jews in North America had different taste and different budgets than their Israeli counterparts and things changed.

He was only one example of an artist who created famous Jewish art and returned to Israel at a later age. However, those who immigrate or return at a younger age stand to fare far better, with regard to making connections and getting cooperation in promoting themselves.

Where to Find Famous Jewish Art in Israel

Well, obviously the artist is the brand and the artist is who becomes famous. While art has no religion, many items labeled Jewish Art have Jewish themes. One modern artist, Menucha Page, prefers photography as her medium. She oft depicts religious books open so that the leaves reveal text and a three dimensional Hebrew letter rising up, out of the script. Other images that she creates contain all other manner of Jewish life, depicted in a modern manner but full of ancient tradition.